A group of year 7 and 8 STEM club pupils recently completed the ‘building bridges’ project  . This involved a day of activities and workshops ran at the science museum.

Pupils were first able to meet and talk with a psychologist who had performed studies into the age at which humans gain a sense of fairness. They were challenged to condense the information down to a poster made up of short quotes and summaries. The activity was successfully completed with a mix of scientific understanding and written communication skills.

Their second challenge involved getting out into the museum and following a series of questions to gain information about the exhibits. In a modern twist, pupils were given a mobile phone which would text them questions and clues about where to look. They then had to text back their answers, before moving on to the next clue. Armed with their knowledge of historical inventions, the groups were then asked to present their findings to a very regal, and surprisingly hairy guest. 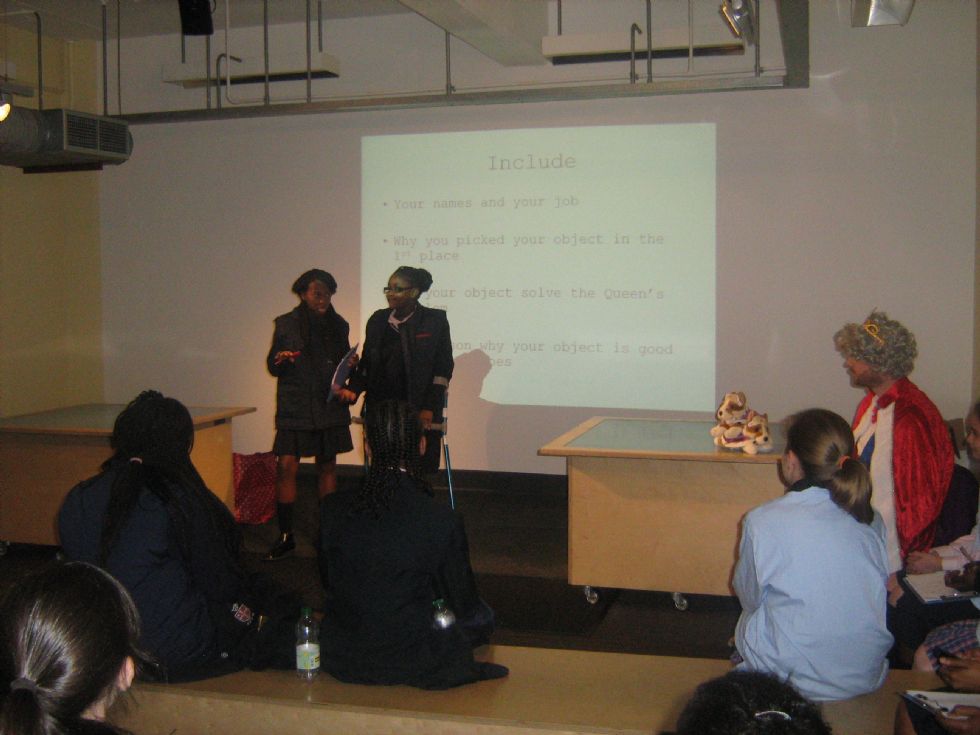 In the afternoon, pupils were given a show about how Newton’s laws of motion could help us to launch a rocket. Not put off by the bangs and explosions of hydrogen balloons and rockets, some pupils were even invited on stage to help with the demonstrations!

They finished the day in the ‘Launchpad’ area of the museum, where they got to participate in a wide range of hands on, scientific demonstrations including hearing sound through their teeth!