In the October half-term, a group of 35 pupils from years 9, 10 and 11 went on a 5-day trip to Boppard, a picturesque town nestled on the banks of the river Rhine in West Germany. After a marathon coach journey, which lasted 12 hours and took us through three different countries, we were finally welcomed by a very hospitable Sino-German team at the Hotel Spiegelgarten (Garden of Mirrors, for those of you who do not study the language). Just time for a quick wash before our first German meal, consisting of Wurst, natürlich! 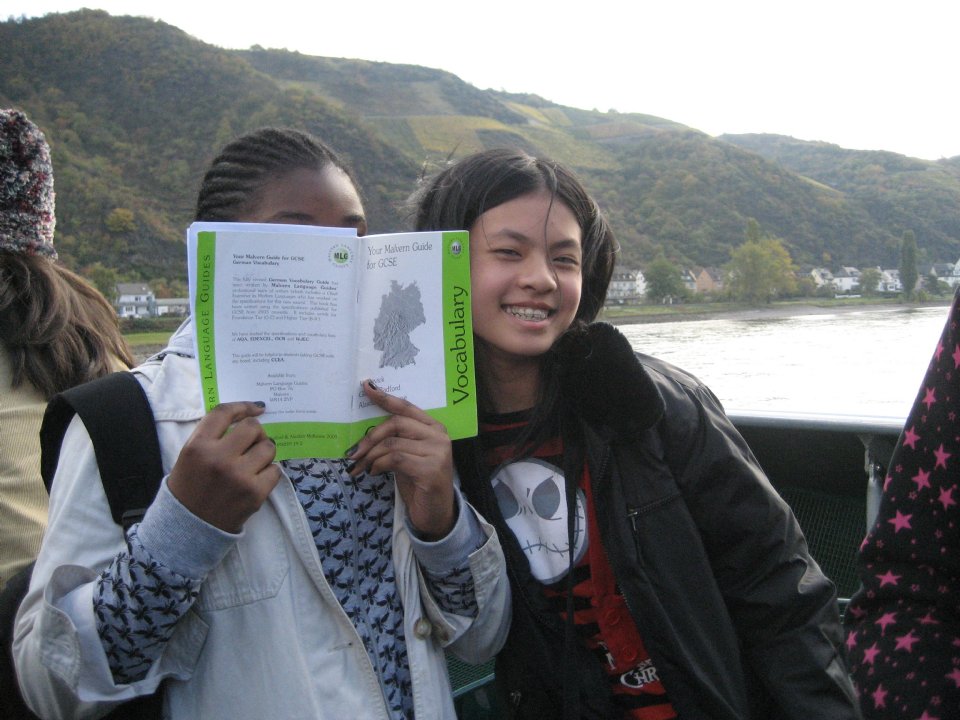 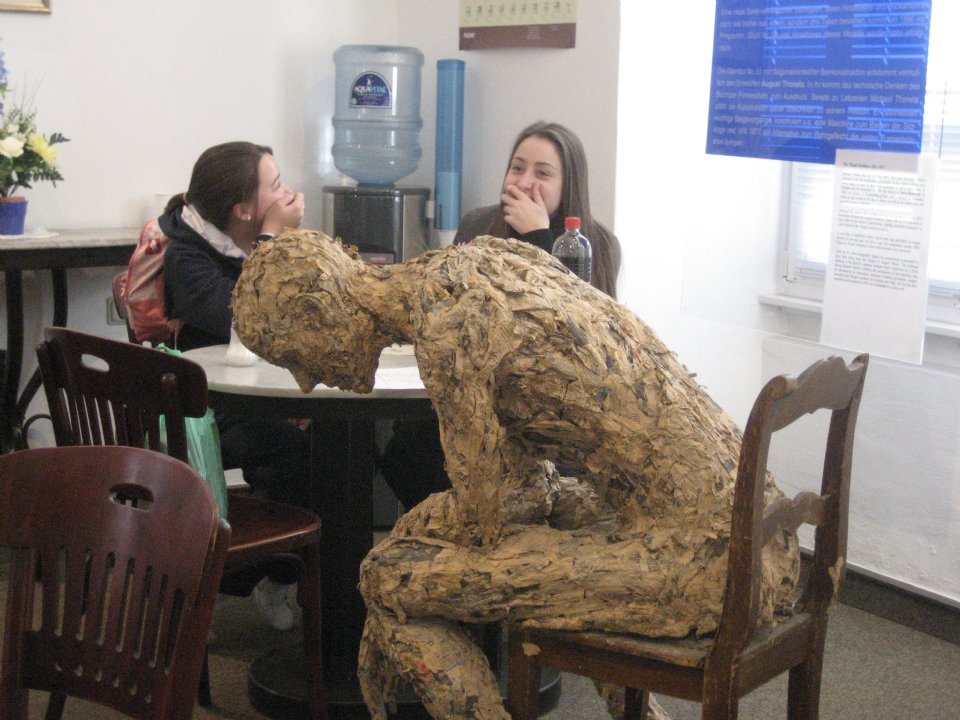 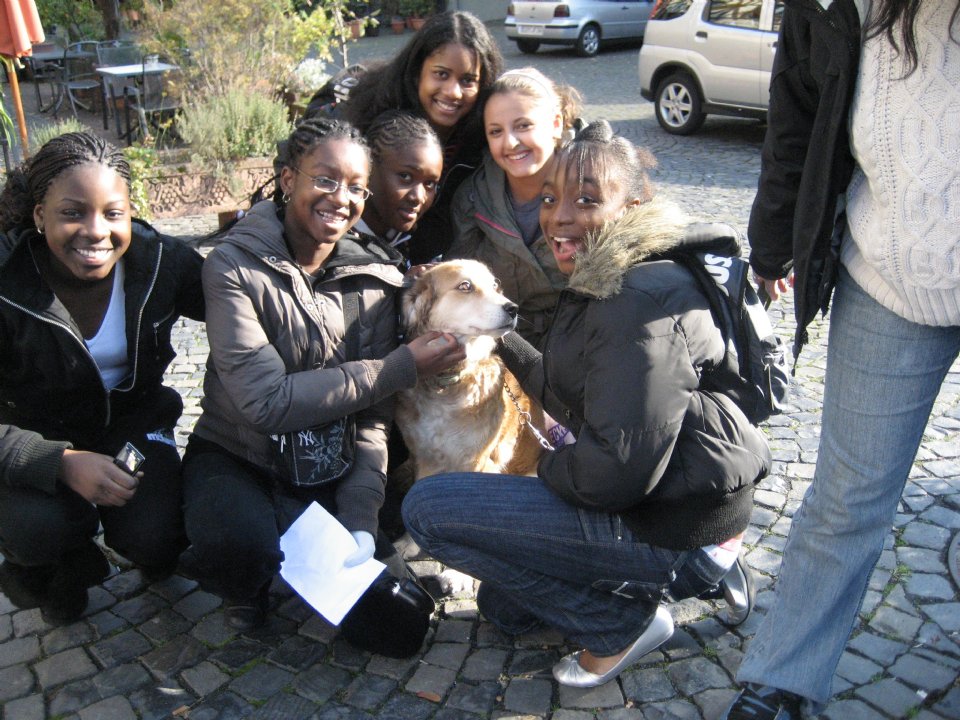 On the river boat                      This chap would not talk to us!      Do dogs bark in German?
We slept like logs that night (or like marmots, as the Germans prefer to say) but were up at the crack of dawn on the Monday. Our busy schedule began with a bracing two-hour boat ride on the river, sailing past some lovely villages, vineyards and castles. After a whistle-stop tour of Oberwesel, we re-joined our friendly coach driver Andy, who took us on to Ludwigshafen. This industrial town is the home to the chemical giant BASF, an international company that makes everything from polymers to plastics, from alkali to agricultural products. Students spent a fascinating afternoon browsing around the massive visitor centre, guided by our delightful host Dieter. This was especially relevant because of our status as a Specialist Science School and thanks go to Doctor Bishop for releasing a substantial subsidy to help finance the trip. The first day closed with an evening at the bowling alley in nearby Koblenz.
Day Two was just as packed with activities, although these involved less travel. We spent a leisurely morning shopping for bargains in Boppard, where sales were on, and visiting the Thonet Museum, named after the man who invented bentwood furniture (links to DT). This was followed by a ride on the Sesselbahn (chairlift) up to Gedeon’s Corner, where we were treated to breath-taking views of on oxbow bend in the river Rhine. Having picnicked at high altitude we returned to river level and headed off in the coach for Marksburg Castle. This is a well-preserved, medieval fortress – one of many that perch on the steep hills bordering the Rhine. We all came away with a good idea of what life was like in those times, including for those unfortunate people that ended up in a rather gruesome-looking torture chamber! But the day still wasn’t over – after dinner at the hotel we all went out to an Eiscafé in Boppard, where everyone practised asking for their favourite flavours in German. So many to choose from, but only three scoops allowed!

Day Three had arrived already and by this stage there wasn’t a single person who didn’t know that we were heading for one of Germany’s largest, most spectacular theme parks: Phantasialand. Definitely not for the faint-hearted! The park is split up into different zones – the Aztecs, the Wild West, China Town to name but a few. Packed full of high-speed rides, roller coasters and other rides intended to make you feel like you’ve left your stomach in your mouth while your brain has descended into your boots! A great day with great weather to match! On our return to the hotel, a Chinese meal had been specially prepared by the hotel and this was followed by packing and then the Grand Finale – a disco where students and teachers vied for the Strictly Come Disco Dancing title. On Thursday morning, we sadly bid farewell to the hotel staff and boarded the coach homeward-bound. Was it all over? Not quite – a surprise visit to a chocolate factory outlet in Belgium to stock up on presents for friends and family then back to London via the channel tunnel. A truly enjoyable trip, where everyone got to practise their German and learn more about the culture of the country.