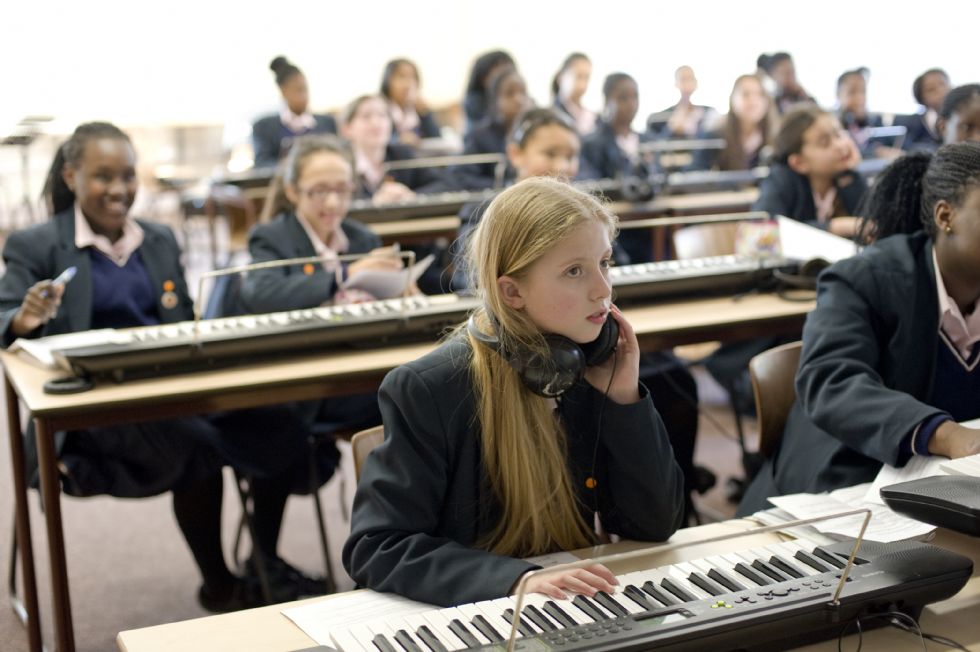 Moreover; students have performed at some of the best venues in the country, including: Southwark Cathedral; The Royal Festival Hall; The Barbican Concert Halls; The Queen Elizabeth Hall; Symphony Hall, Birmingham; HM’s House of Lord’s; Central Hall Westminster; The Globe Theatre; The Queen Elizabeth II Conference Centre; and The Scoop Amphitheatre. Some of these performances have included collaborations with internationally renowned musicians, such as the series of summer 2009 concerts where the choristers sang two works (one of which featured an operatic solo by a sixth form vocalist), accompanied by the London Philharmonic Orchestra and directed by their Principal Conductor Vladimir Jurowski.