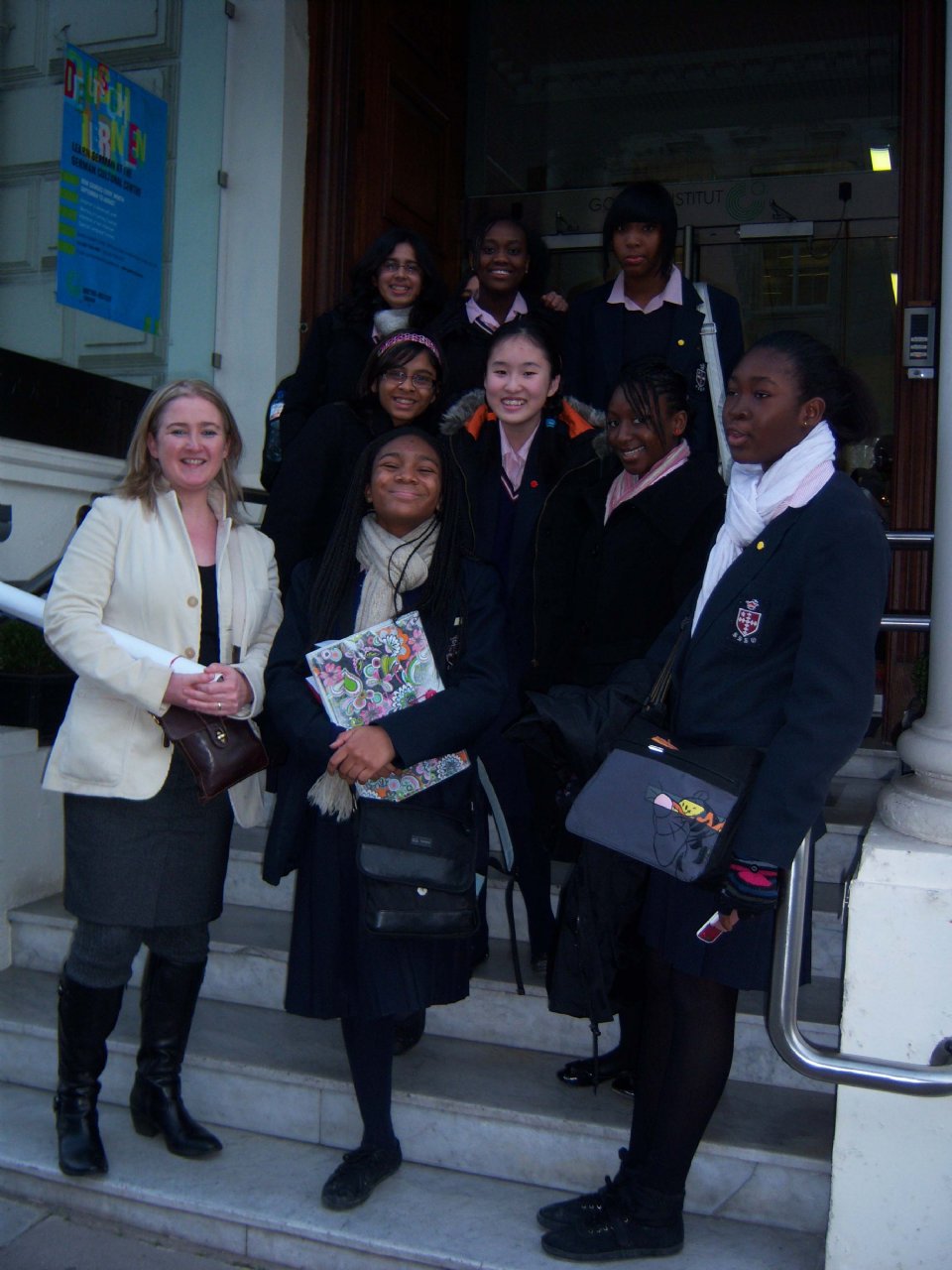 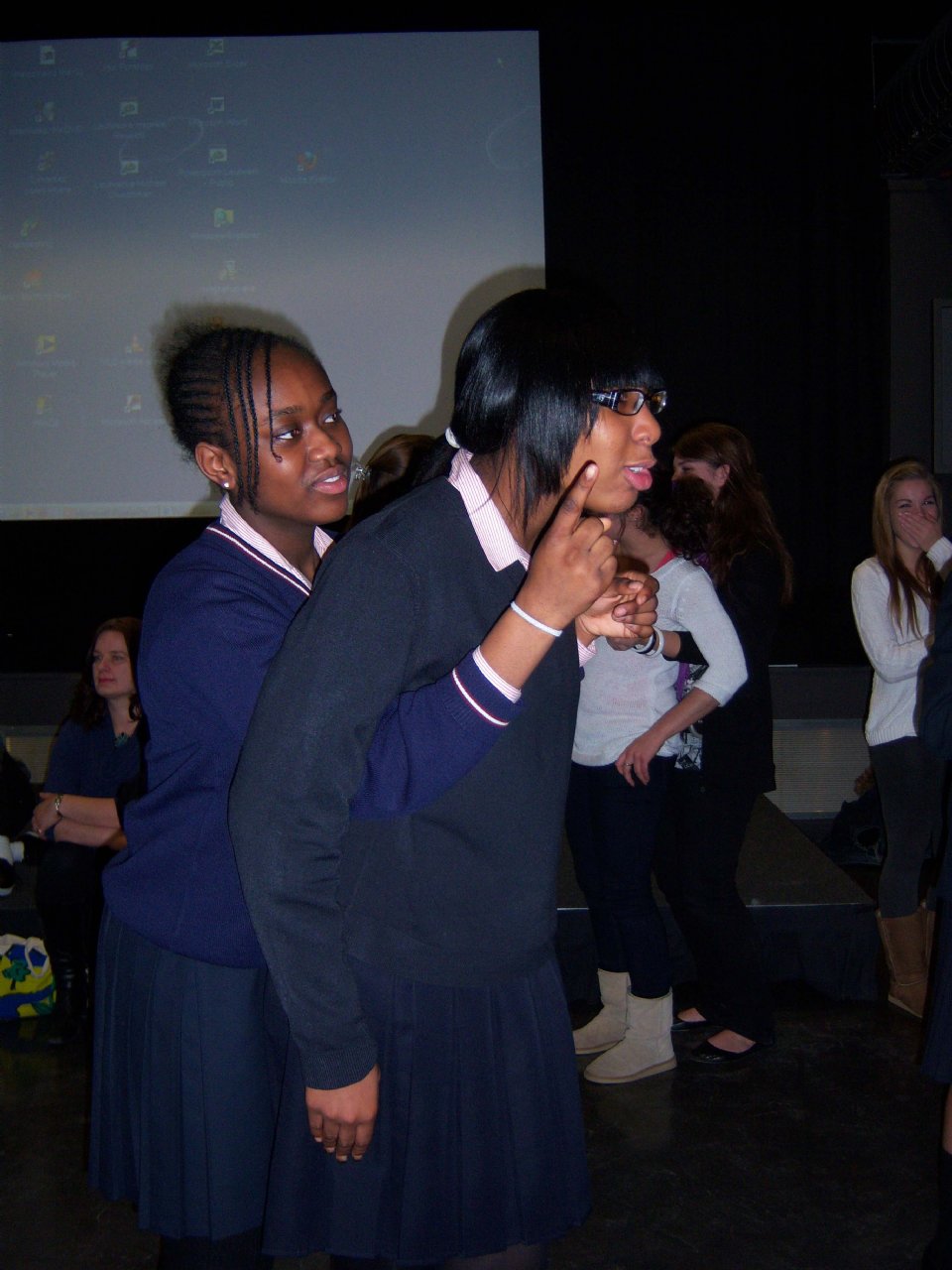 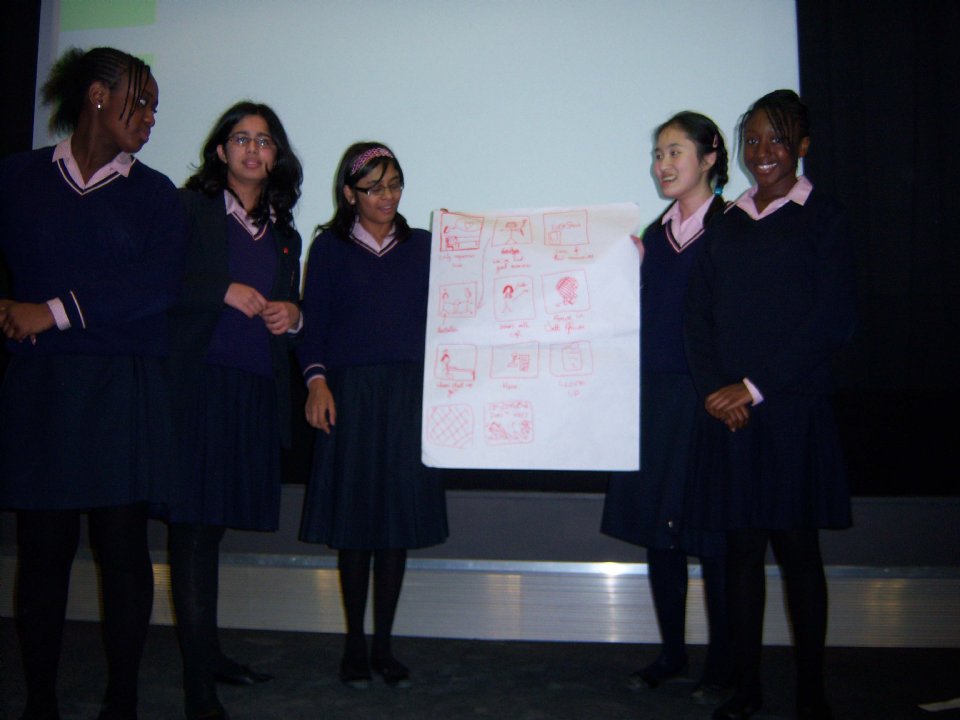 On December 10th, 9 German students went to the London home of German language and culture, the Goethe Institute in South Kensington. Our host Edward Chappell had laid on an amazing spread for us and the 7 other schools that attended – a lovely way to get on the mood!

The aim of the day was to create storyboards to film an exciting one-minute trailer in German for a big event in summer 2010: next June at the Emirates Stadium (Arsenal) a German musician (Mark Scheibe, the head of the Berlin Revue) will write a special song to commemorate Germany passing over the World Cup to South Africa for the 2010 finals. Around 2000 students will be invited to the event and will learn the song, which will then be performed and filmed.
Following a presentation from 2 graduates of the Get into Digital Media programme (young film-making experts funded by the Prince’s Trust), we played some warm-up games with the German actor Erich Redman, to look at different genres and get everyone in a creative mood (combination of English and German)! Then we worked in groups to produce our storyboard which we then presented to the other groups. Now we have our ideas all sorted, we need to get down to the task of scripting and filming our trailer. Once it has been edited, we will upload the trailer to the Goethe institute’s PopKultur website, where it will be showcased to schools all over the country as fun trailers for the event next summer!