This year the history department organised a special assembly to mark the Centenary year of the Armistice (which brought an end to World War I) as the guns fell silent on the Western Front. 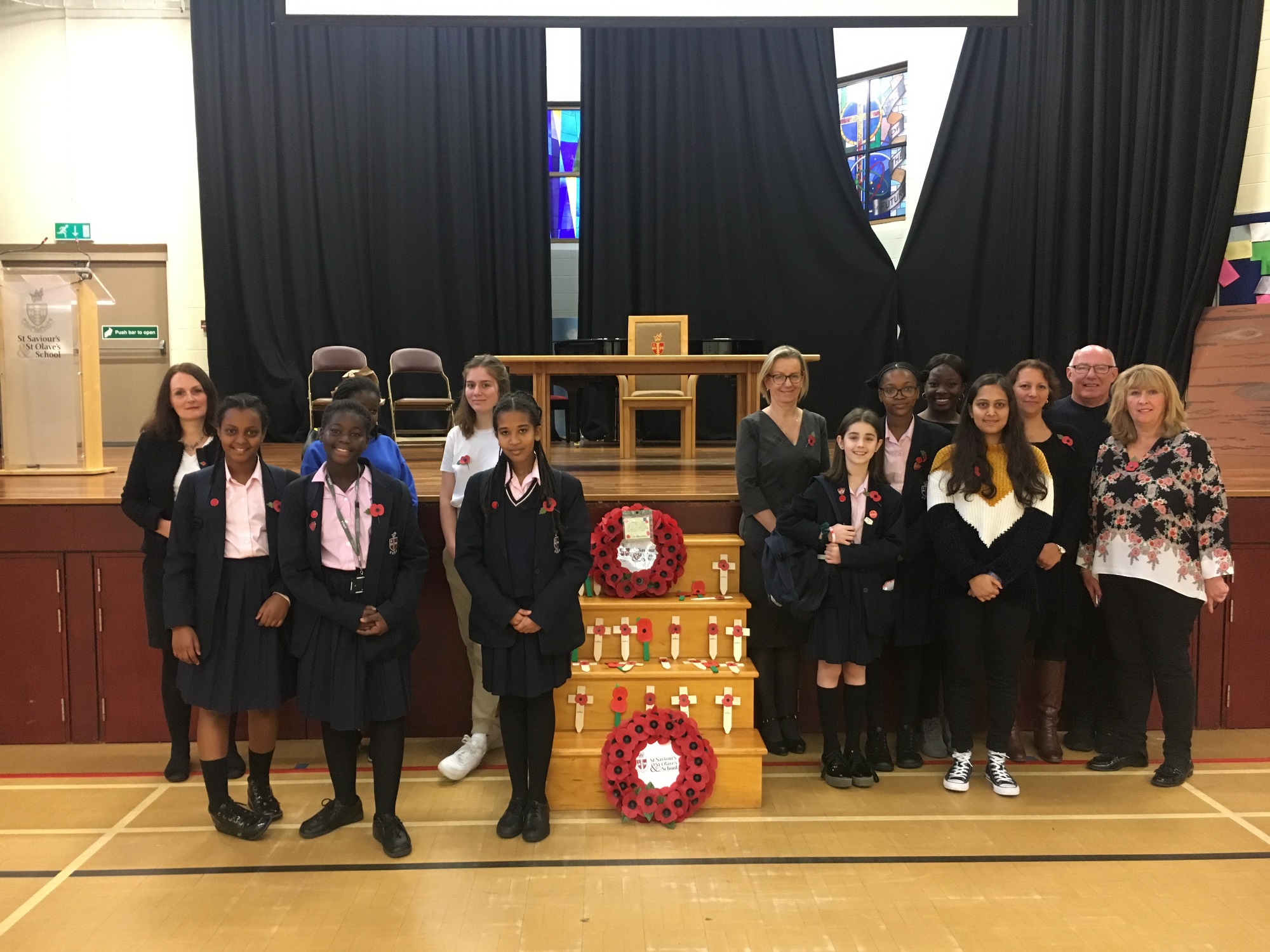 As a school community, we came together to give thanks for peace and for the men from Britain and across the Commonwealth countries who served, sacrificed and changed our world.  It was the ideal opportunity to pay tribute to the relatives of the students and staff at St Saviour’s and St Olave’s School who served in the Great War. 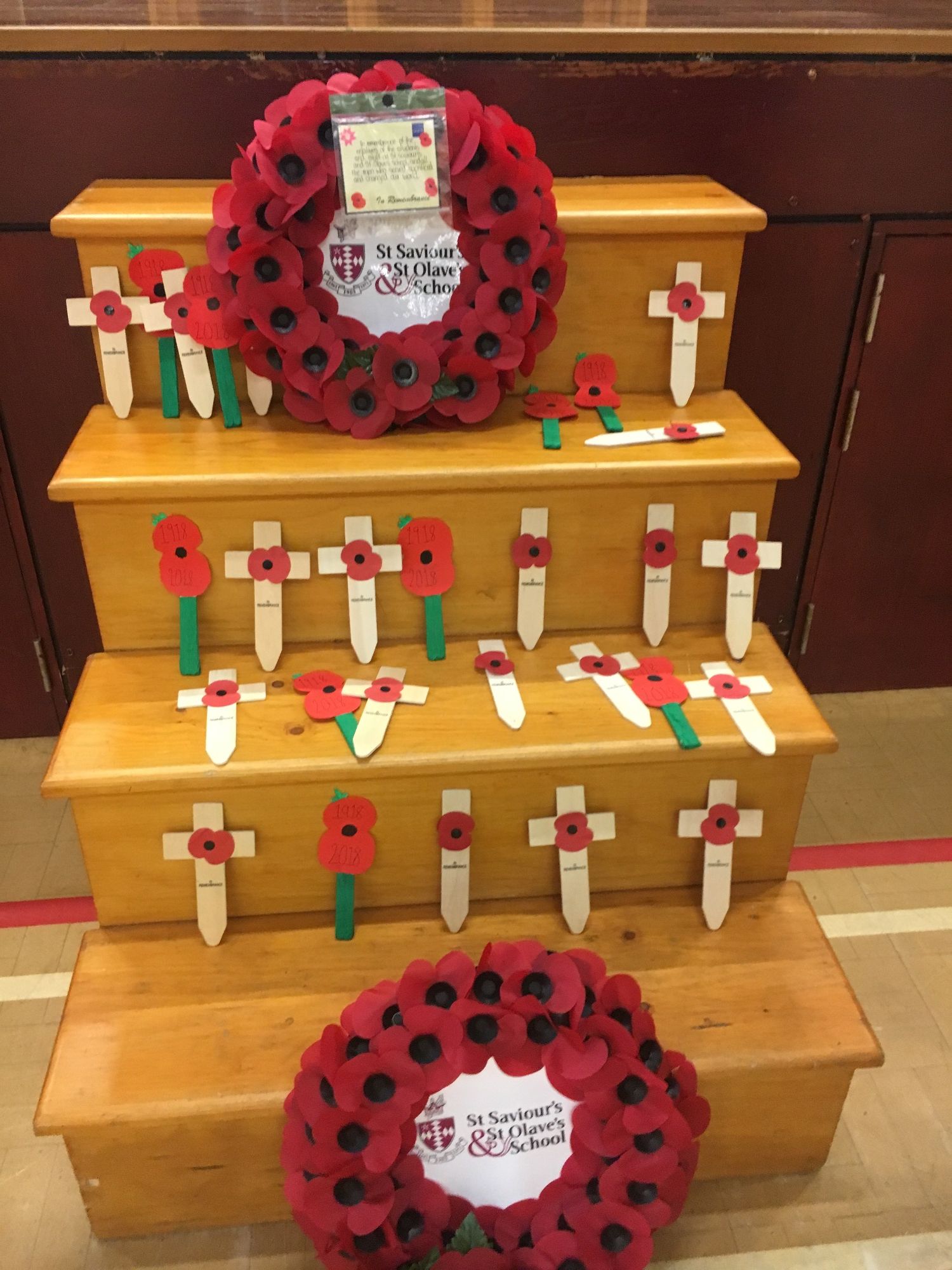 As we heard about the personal stories of bravery and commitment, the students and staff placed a poppy cross on a Remembrance wreath to pay respect and commemorate the contribution of their great grandfathers and great uncles to the war effort. It was a very reflective and poignant occasion.

Here are some students’ recollections of the assembly:

I felt proud to remember my great-uncle and other soldiers who contributed to creating the world we live in today.  I guess that without their efforts we wouldn’t have a peaceful society, so it is important that we remember them. Being related to a soldier made it important for me to have the opportunity to thank my relative and others for all they have done.

Participating in the Remembrance Assembly was very special to me, as it’s a very important part of my family history.  I knew a little bit of information about my Great Great Grandfather when I volunteered, but after asking family members I learnt so many more interesting things that made me feel proud. When I laid the poppy down in front of the whole school, it felt like I was honouring his memory and recognising his contribution to the country during the Great War.  I am very happy that I decided to volunteer for this and grateful that the school chose to remember the strength of our ancestors.

What better way to understand how Norman castles were constructed than to make your own.  And, as you can see, our Year 7 students did a brilliant job!  What an interesting range of motte and bailey and stone keep castles, produced with historical accuracy and impressive attention to detail. 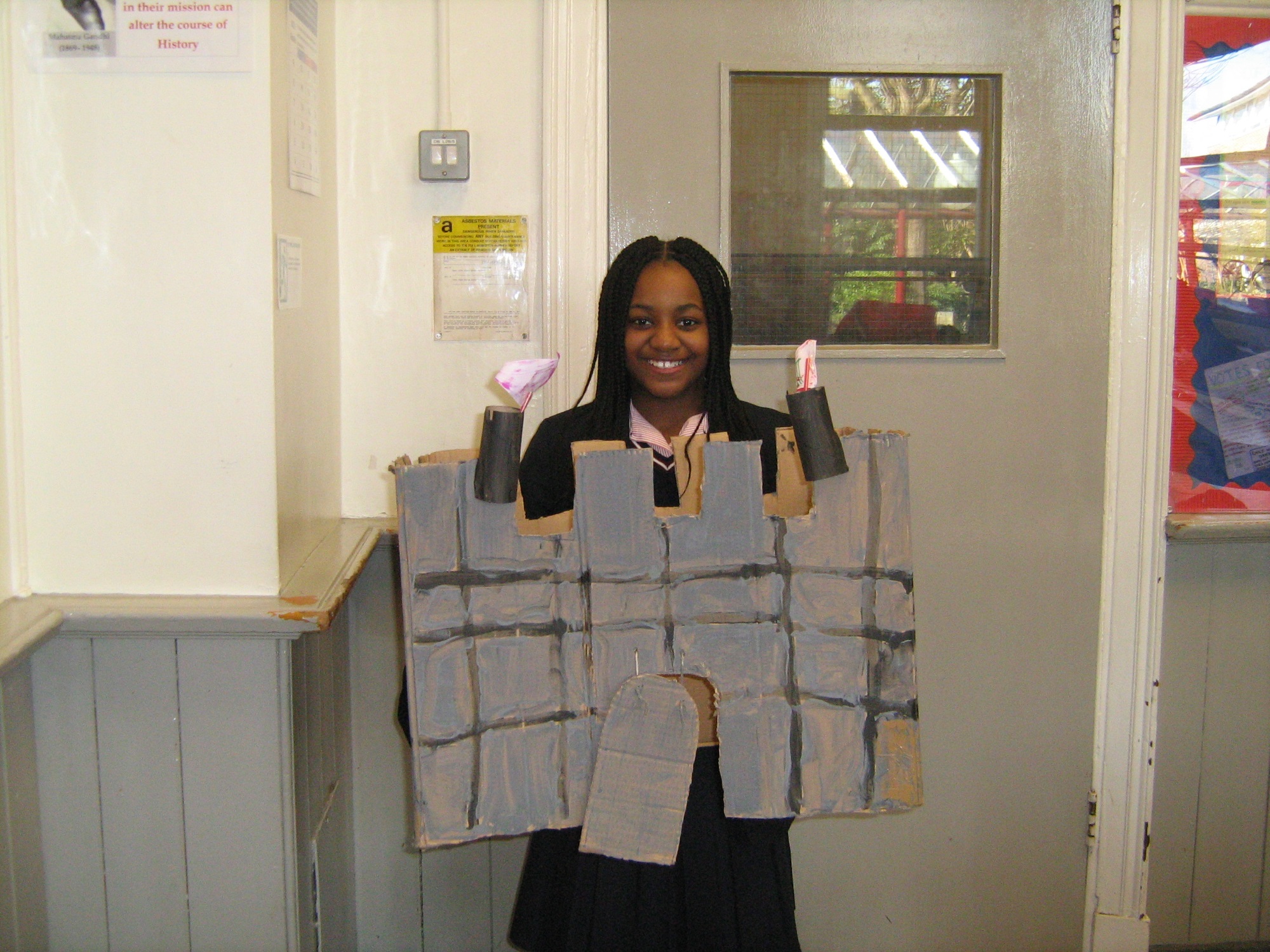 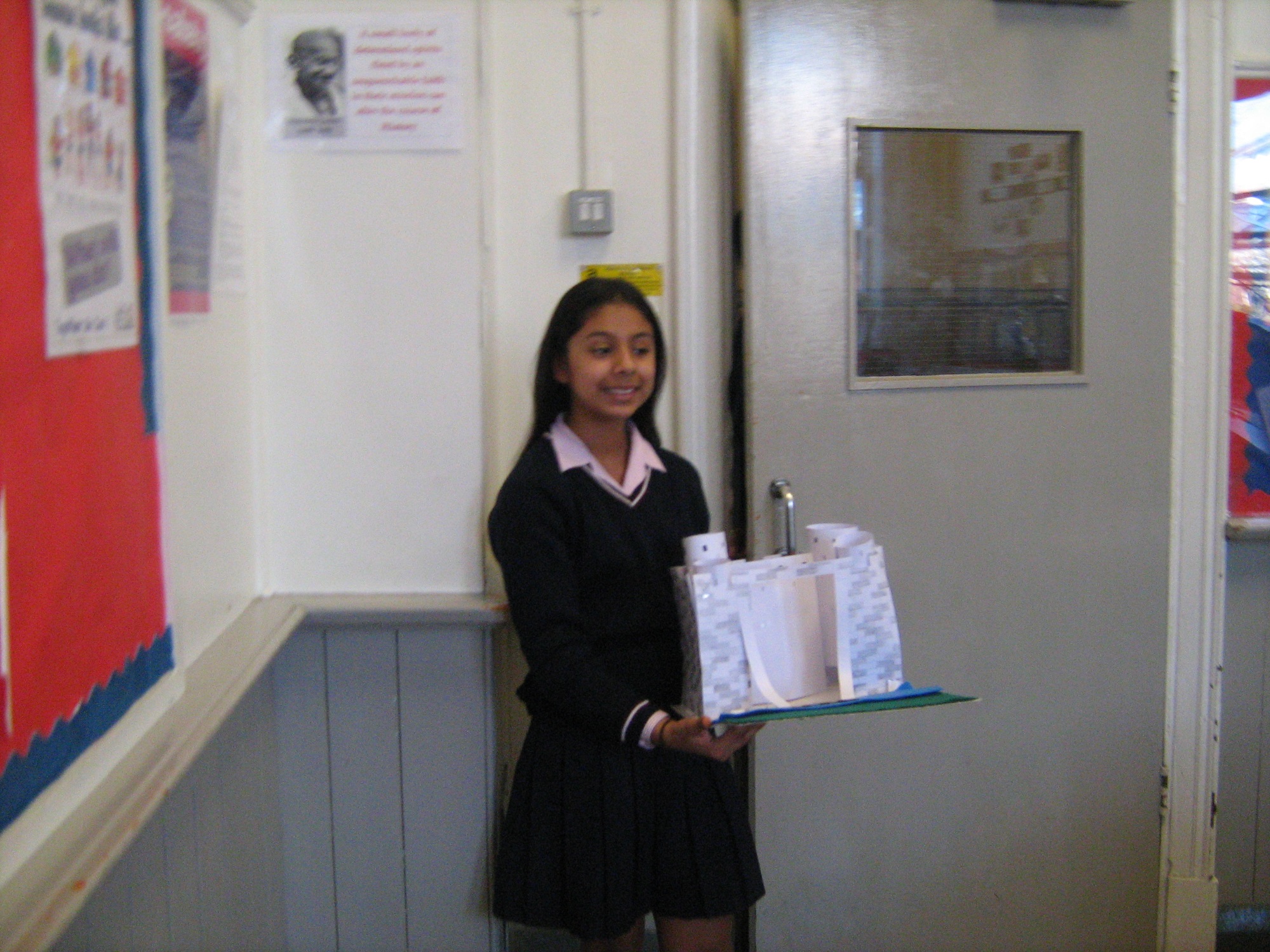 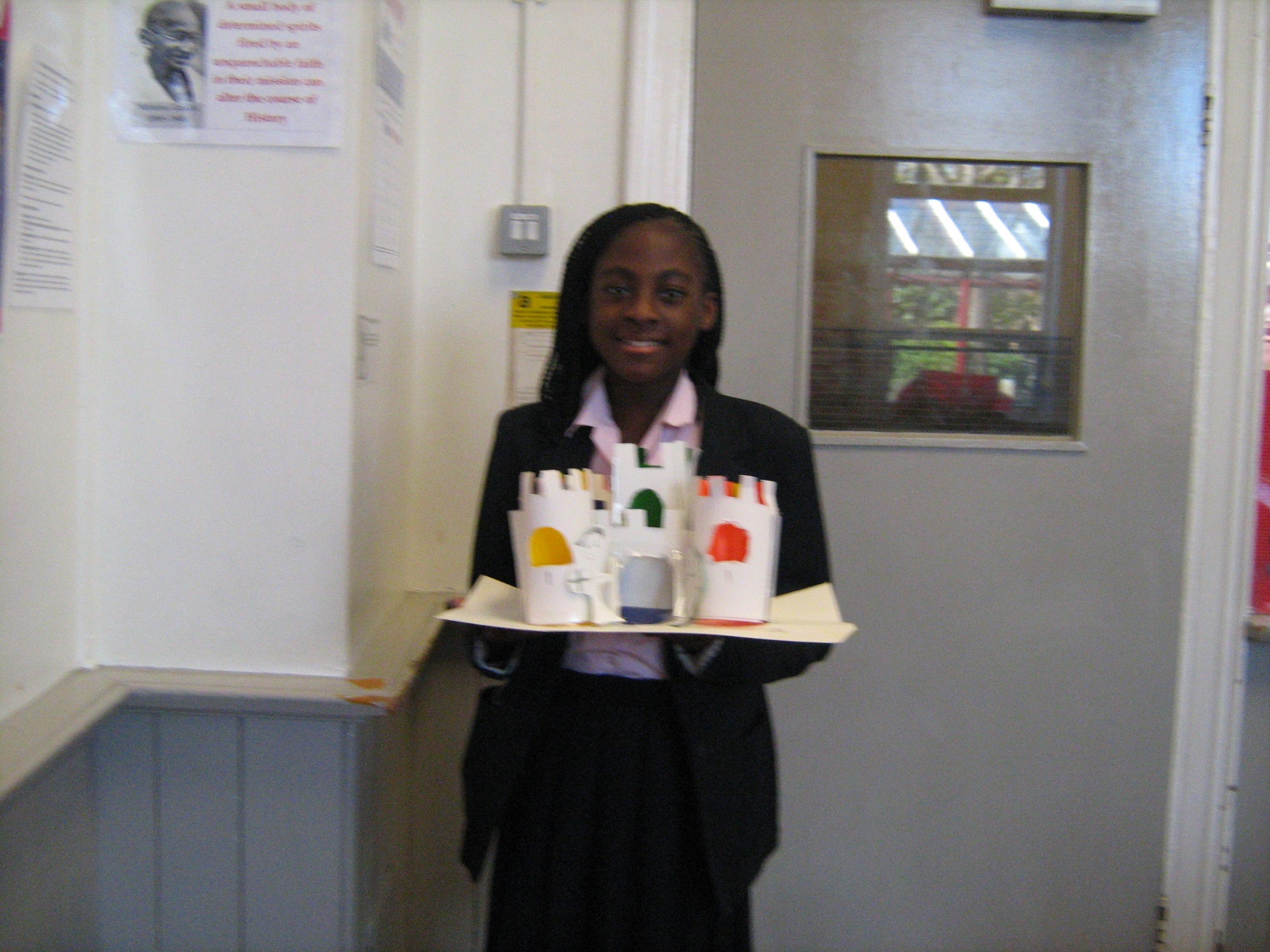 The students have also had to face the dilemma of deciding which castle provided the best defence, as they wrote essays examining the advantages and disadvantages of each design.

Here is one example of an essay written by Angellee in Year 7 in response to the question: ‘The Motte and Bailey castle design was better than the Square Keep castle.  How far do you agree?’

The Re-enactment of the Battle of Hastings

Last autumn history was brought alive when the brave girls at St Saviour’s and St Olave’s School rose to the challenge of re-enacting the Battle of Hastings.  Positioned on a small hill at Tabard Gardens, the Saxon group formed the famous shield wall, as they fought off their Norman peers. 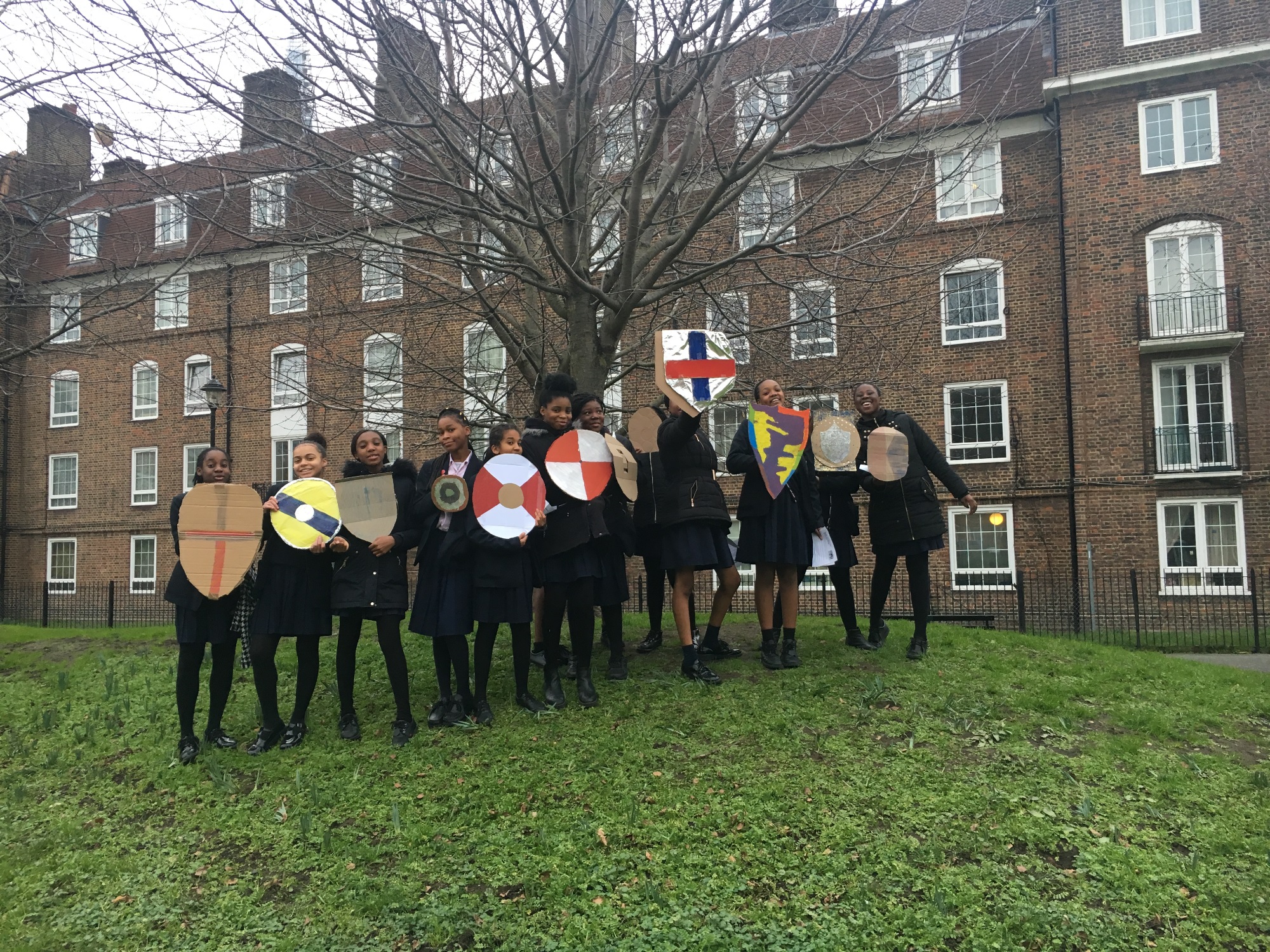 The students could see the strategic advantage of fighting on higher ground and gained some insight into the noise and excitement of a real battle. They performed William’s legendary trick of retreat, which enticed the Saxons down from the hill.  A fierce battle ensued fought with swords and double-handed battle-axes made from cardboard to avoid any real casualties!  It was soon over when Harold was slain with an imaginary arrow to the eye. 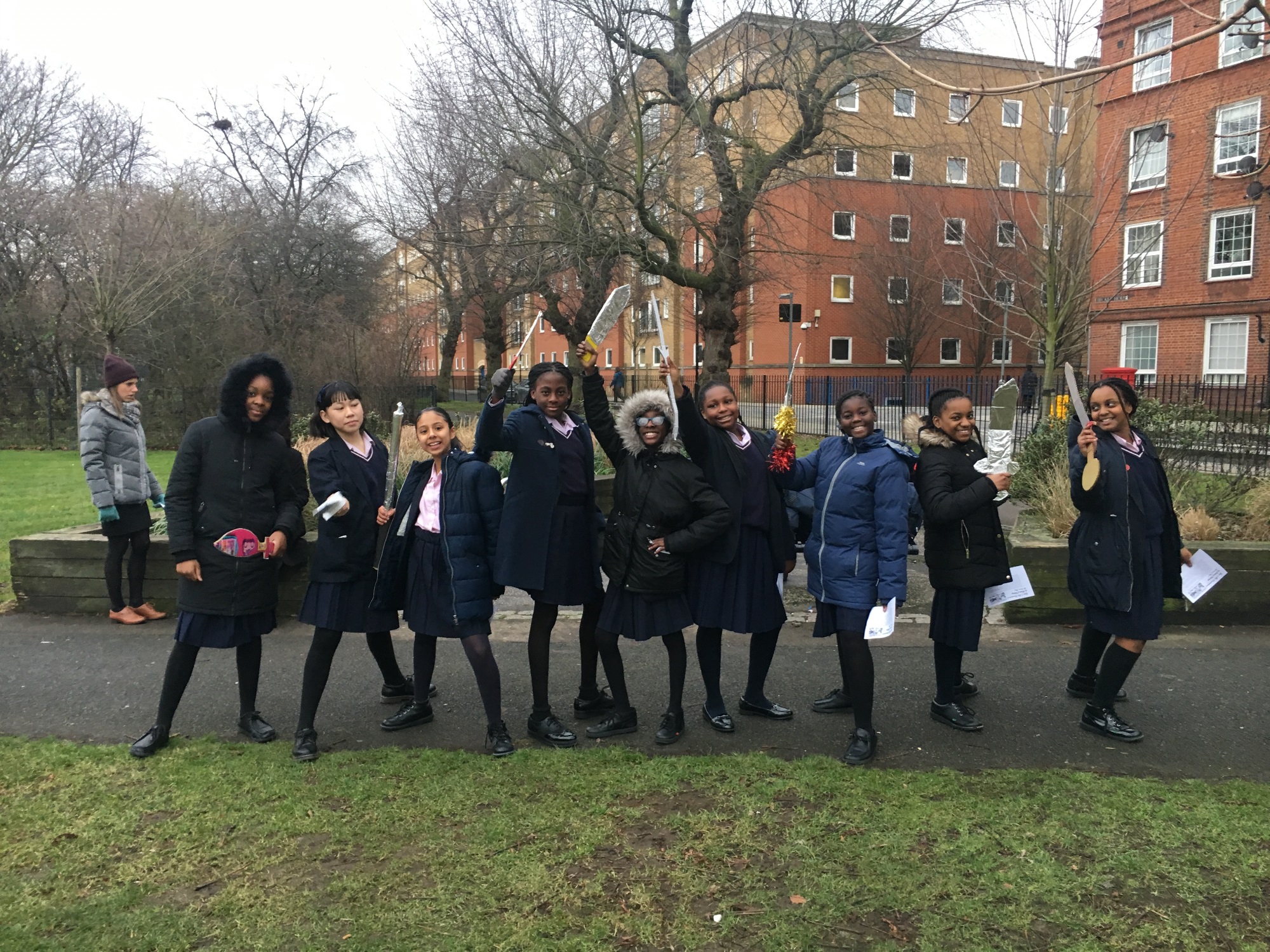 Reporting back to the class, the girls understood how mistakes could be made when spirits were raised in battle; this helped them to empathise with the Saxon’s fatal mistake of leaving the protection of the shield wall.  The girls who led the armies were sympathetic to the difficulties faced by Harold and William, as they gained first-hand experience of the challenge of maintaining control of overly eager troops.

This summer the history department maximised cross-curricular links by participating in the Arts Evening.  A competition was held in which Year 8 students were challenged to produce a mini exhibition of an artist from, or inspired by, one of the periods that they had studied in history. 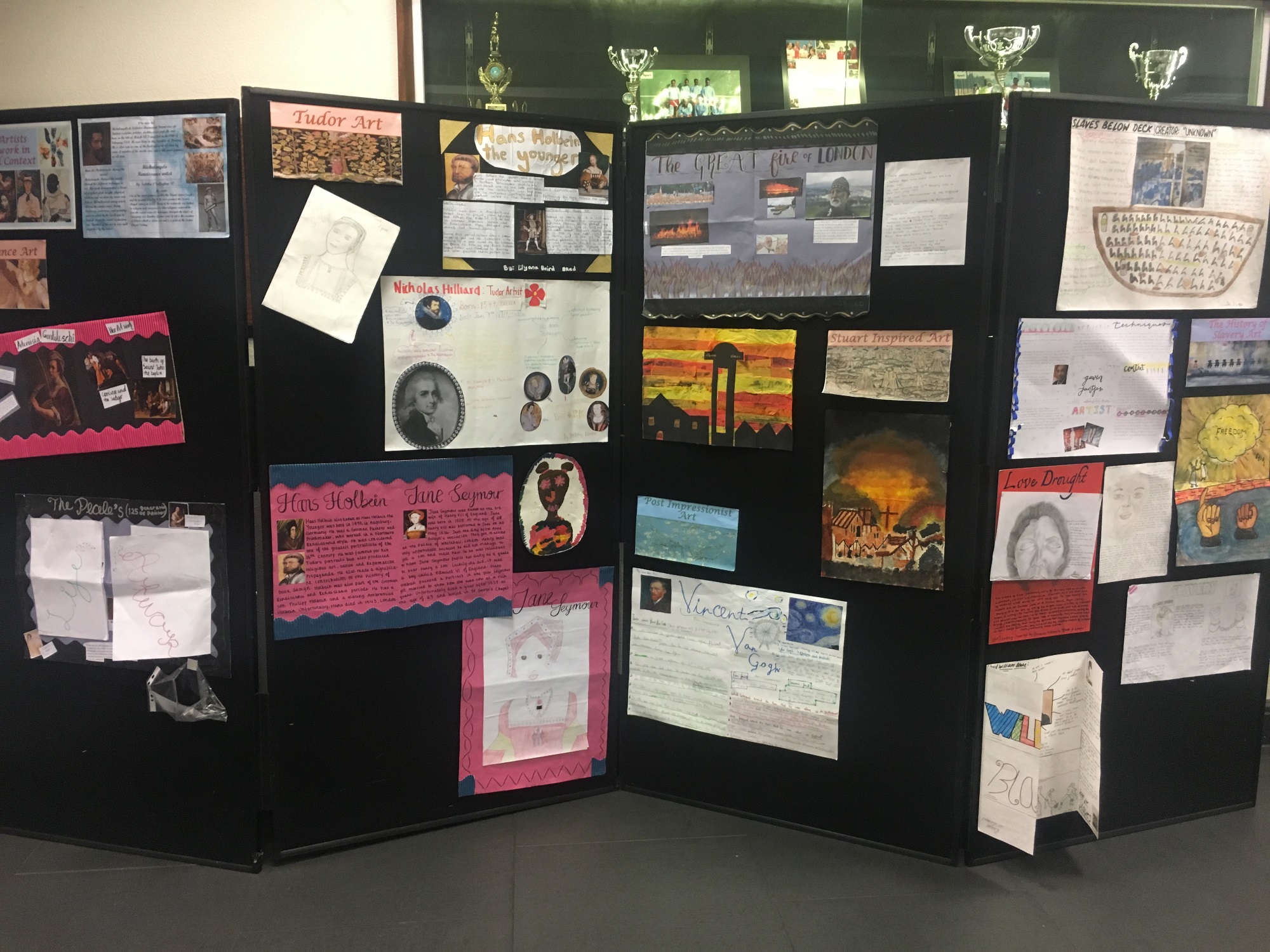 Popular choices consisted of the Tudor artists, Hans Holbein and Nicholas Hilliard, as well as the post-impressionist, Vincent Van Gogh.  The students also crafted their own art relating to events that they had studied, including some impressive paintings of the Great Fire of London and the slave trade. 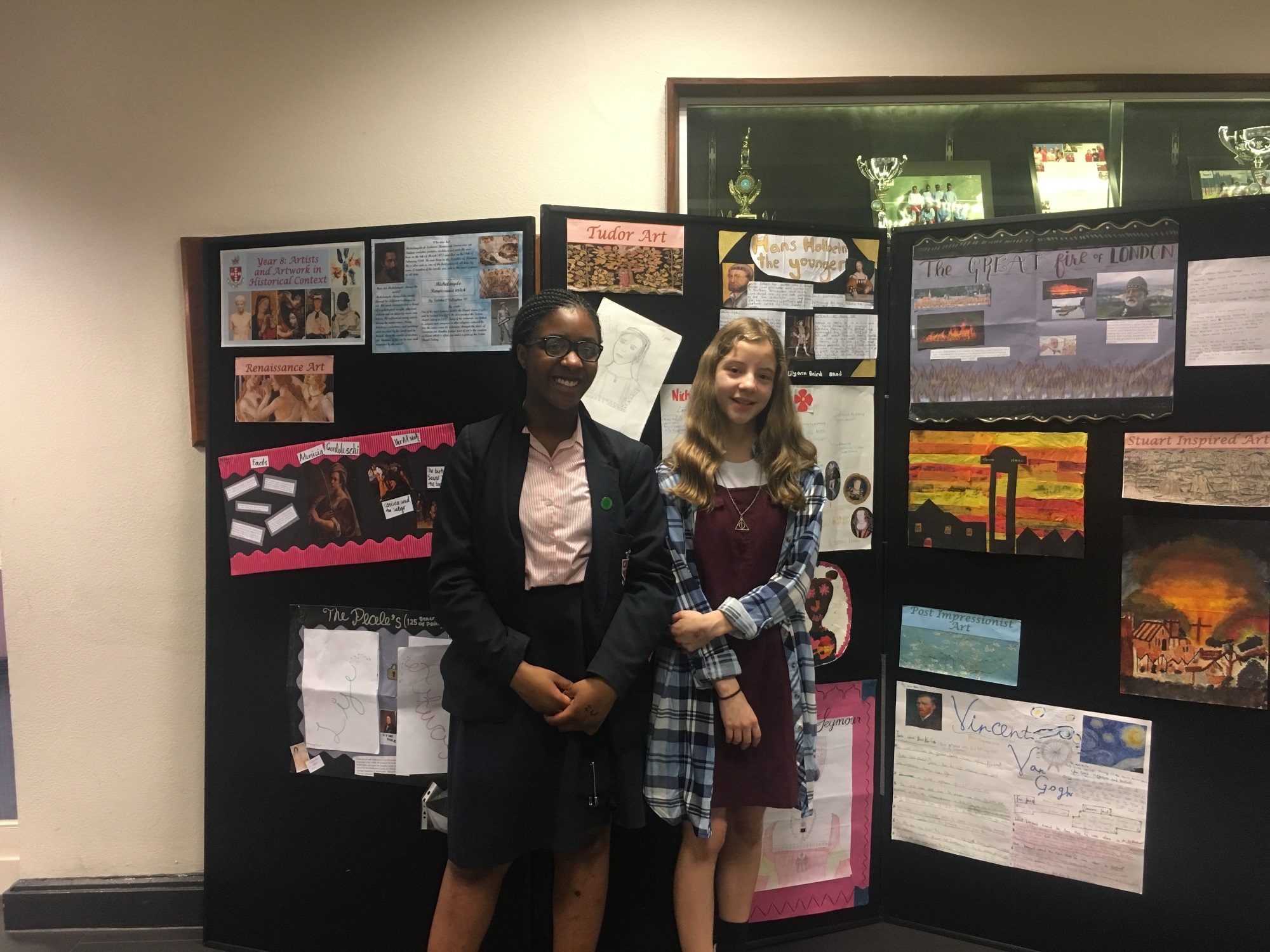