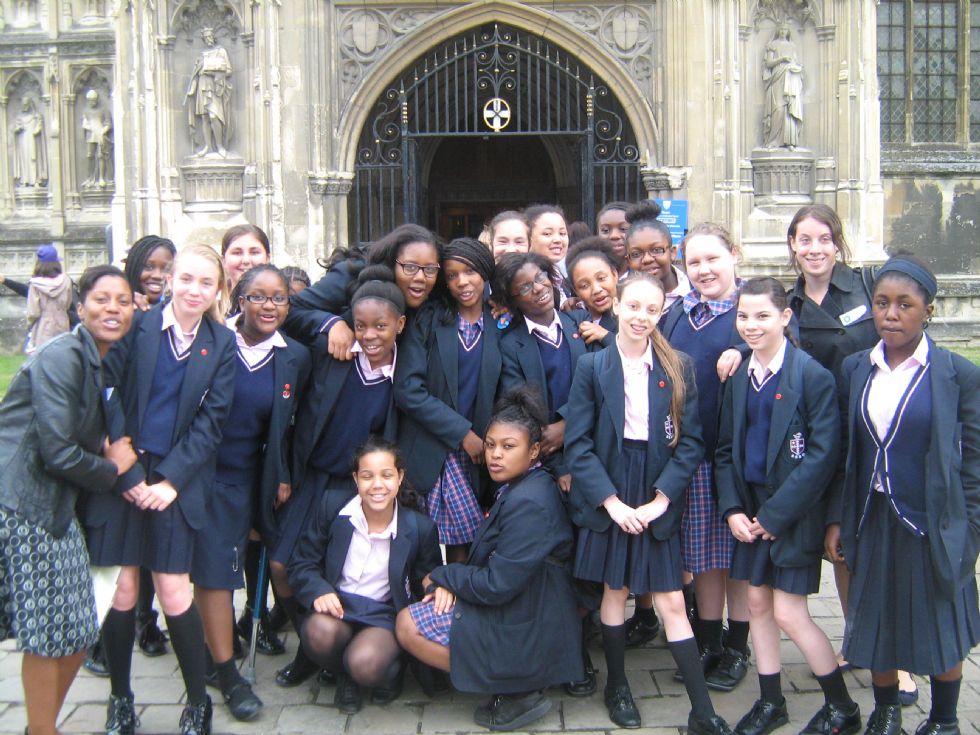 Year 7 was once again lucky with the English Summer weather for the annual trip to Canterbury this year. Consequently, the students were able to be awed by architecture both inside and outside the main Cathedral of the Church of England and global Anglicanism. The open mouthed looks and gasps of disbelief continued as the accounts of monarchs, monks and murder were told!

The history of the place is fascinating as the Cathedral has survived being destroyed several times. William the Conqueror had his hand in the building of one major section of the Cathedral, only for fire to ravage it (the second time this happened). Henry VIII had one Cathedral stripped as Protestantism took hold in the sixteenth Century. But the reign of Henry II gave the place its gory history, when the Archbishop of Canterbury, Thomas Beckett, was murdered in the Cathedral on the command of the King. In the spot now is a thought provoking sculpture of a cross made out of jagged swords.

The trip was organised as a joint venture between RS and English. For the latter, girls spent the day considering what it was like to be a pilgrim making their journey from London to Canterbury in the style of that described by Chaucer. Students were even able to get an experience of being pilgrims as they knelt their way up the stairs to the former shrine of Thomas A Becket. Students also enjoyed finding out more of the Christian faith and history though the tours, watching a video, sitting in the grounds and, of course, the gift shop.