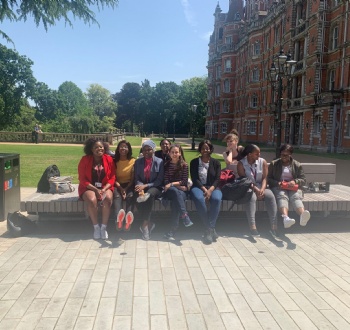 On the 28th June students from our year 12 psychology classes competed in the National Psychology Competition at Royal Holloway. The brief for the competition was

"How can psychology be used to promote equality and greater acceptance of diversity?".

They had to make a 3-minute video and design a poster and present it.

We had two teams compete. One team was Olamide Ayeni, Sophia Solano-Pocock, Noha Durrani, Martinda Tarawally and Fatima Mujtabah. They did amazingly well in a short space of time and really held their own against tough competition. The other team was Dominique Vincent, Emily Lo, Evie Cakebread, Amanita Bangura and Denise Ekugwum who won the audience prize for their poster. Congratulations to both teams for representing the school at such a prestigious competition. 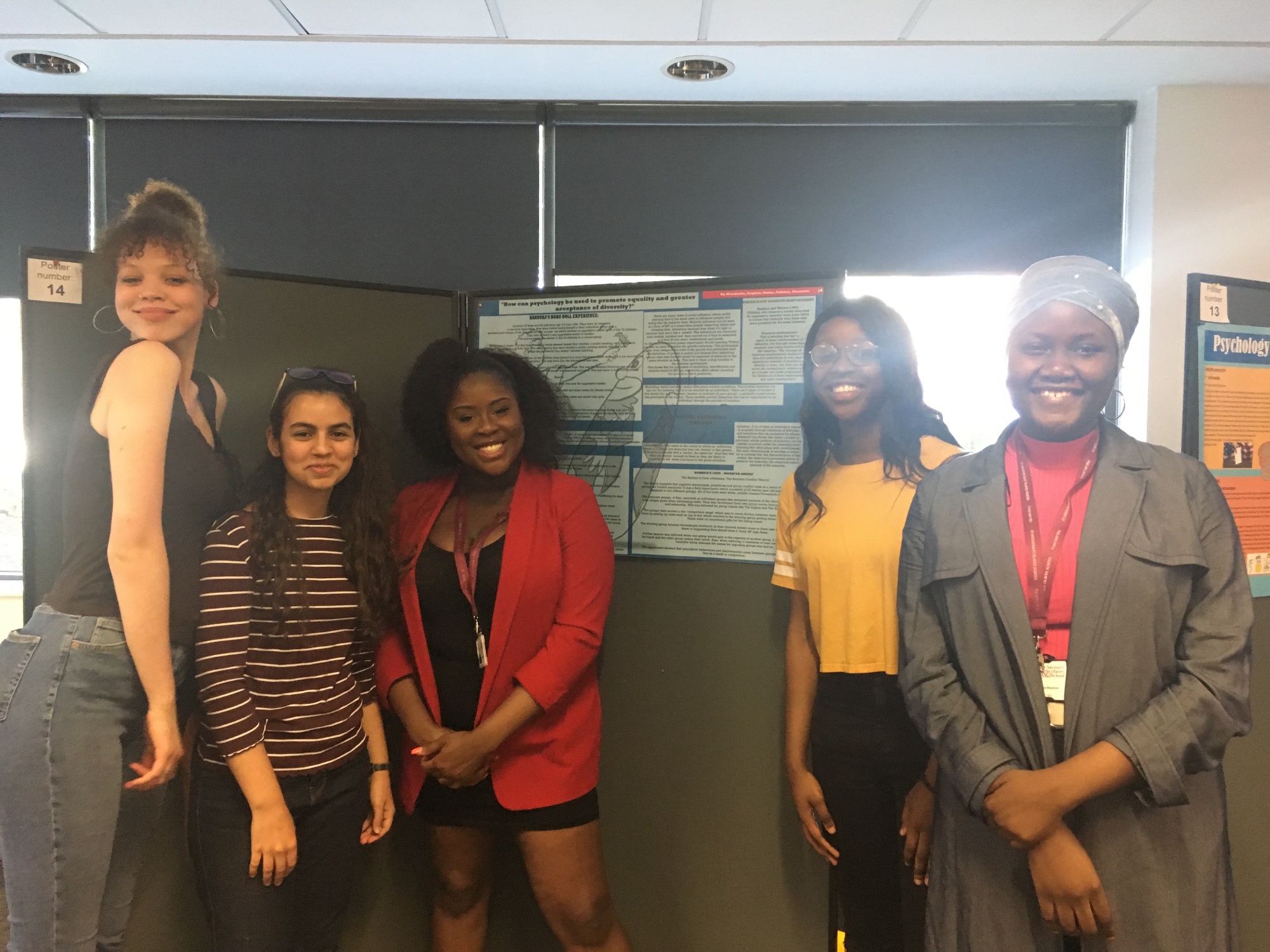