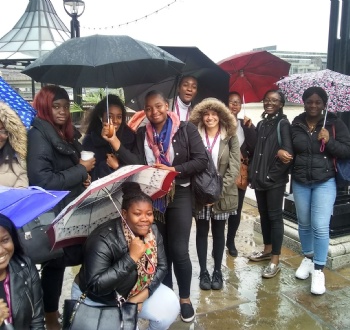 The unseasonable wet weather, did not stop sixth formers from enjoying a riverboat tour of London’s sewage and outflow pipes, courtesy of Thames Tideway

London relies on a 150-year-old sewer system built for a population less than half its current size. As a result, millions of tonnes of raw sewage spills, untreated, into the River Thames each year.  To combat this, Tideway are building a 25km Super Sewer under the Thames to intercept those nasty spills and clean up the river for the good of the city, its wildlife and general population.

As befits a modern employer, Tideway is aiming for fifty percent of its staff to be women, so we look forward to our students taking up the role as the tunnel builders of the future!